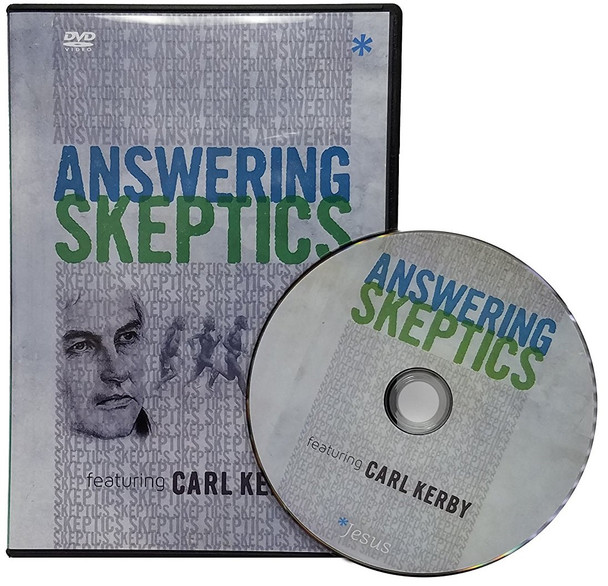 The son of a professional wrestler, raised in a liberal church. Carl Kerby was steeped in the ways of the world. But the Lord used a "chance" encounter with two Christian airline pilots to change his life forever. An air traffic controller by trade, Carl's gift for making difficult concepts understandable has made him one of the most dynamic and encouraging speaker in America! He and his wife, Masami, have been married for over 30 years. They have two children, Alisa (married to Bobby_ and Carl Jr. (married to Tish),and four grandchildren, Trey, Naomi, Mari and James. Answering Skeptics... Dr. Richard Dawkins! In 2009, Dr. Richard Dawkins unexpectedly showed up at the offices of Concerned Women for America and interviewed then President Wendy Wright for his documentary, The Genius of Charles Darwin. What followed has been called:"one of the most frustrating interviews Dawkins gave with evolution deniers - if not the most frustrating interview to watch in the history of the origins debate." Wendy was accused of arguing against evolution with "tried creationist canards, misconceptions, and inaccuracies. Well, in this talk Carl will share clips of this ambush interview and break down the arguments that Dr. Dawkins uses to see if they are accurate. You may be surprised to see that the facts are. This DVD contains a BONUS section with Carl answering even more of Dr. Dawkins attacks that didn't fit in the original talk! This talk will encourage you to Know It! Live It! and Share It! When it comes to your faith.
View AllClose
×

$14.99
Esther Harris, a young woman praised for her virtue and devotion, believes she has landed the opportunity of a lifetime. When her fundamentalist Christian sect falls on hard times. Esther finds a job...
$14.99
Add to Cart Quick view

$14.99
More than ever before, high-profile atheists, skeptics, and agnostics are voicing their objections to belief in God. They claim that the God of the Bible hates homosexuals and women, and that he...
$14.99
Add to Cart Quick view

Behold! The Lamb of God

$14.99
The personality of Jesus Christ is the most outstanding manifestation of God's care that our lost world has ever witnessed. This six-lesson video series presents a well-documented, positive case for...
$14.99
Add to Cart Quick view

$15.99
The Anvil Rings, Vol. 1 helps arm Christians to battle for their faith by logically answering the most common skeptical questions.
$15.99
Add to Cart Quick view

$15.99
Critically examining one s faith and taking the time and effort to find answers to difficult questions is a good (and necessary) thing to do if a person wants to have a fortified faith. Far too...
$15.99
Add to Cart Quick view

$14.99
More than ever before, high-profile atheists, skeptics, and agnostics are voicing their objections to belief in God. They claim that the God of the Bible hates homosexuals and women, and that he...
$14.99
Add to Cart Quick view

Amy Carmichael: Mother to the Motherless

$14.99
In 1903 Amy Carmichael risked her missionary support and shocked the Christian community with the publication of her bookThings As They Are. Unlike many before her, Amy refused to sugarcoat her...
$14.99
Add to Cart Quick view

$19.99
A seminar by Dave Miller, Ph.D. based on the book Christ and the Continental Congress. Who today would believe that the founders....Acknowledged Jesus Christ as our gracious Redeemer? - Affirmed the...
$19.99
Add to Cart Quick view

Angel Stories in the Bible

$14.99
Angels in the Bible are important. Angels are God's friends created to watch over you. Help your little ones learn to carry their very own Bible. Included are all the great Angel stories from Genesis...
$14.99
Add to Cart Quick view

$4.99
Advanced Reader series is designe for children in the 2nd and 3rd grades as they improve their reading skills. These books, filled with fascinating facts and photos of God's creation, will...
$4.99
Add to Cart Quick view

$4.99
Advanced Reader series is designed for childrn in the 2nd and 3rd grades as they improve their reading skills. Thee books, filled with fascinating fats and photos of God's creation, will increase...
$4.99
Add to Cart Quick view

$14.99
Jessica's true love, Tom, starts appearing to her after his death. Terrified and confused, Jess seeks out an explanation for these haunting attacks and discovers that the key to her deliverance is...
$14.99
Add to Cart Quick view

$14.99
God Where Are You? - Sonnie Boones (Wade Williams ) was always a fighter working hard for everything he achieved. A two-time boxing champion of the world gave him big house, a fancy car, a beautiful...
$14.99
Add to Cart Quick view

$14.99
Reveal Film Group presents A Horse Called Bear, After his mother unexpectedly dies, 17-year-old Ethan discovers he is the owner of his mother's horse, a horse he never knew existed.
$14.99
Add to Cart Quick view
×